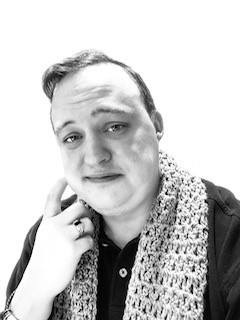 Mr. Guilbeault serves as the Committee Chair for ACRC’s Youth and Family Voice Committee. David was introduced to ACRC as the 2018 recipient of the Tricialouise Gurley Millard Youth Advocacy Award, and he began serving as an advisor to ACRC’s Board of Directors shortly thereafter.

That award was given in honor of his work serving as a Trustee of Plummer Youth Promise, a Salem, Massachusetts-based organization which served as David’s final placement in the foster care system, until he was 17.David is passionate about sharing his lived experience to help enrich the decision-making process of member organizations, calling on us routinely to consider the voices of youth and their families in everything we do.

David has forged a professional career spanning more than a decade and a half as an accountant in both public and private automotive groups, having started as a lot porter and eventually serving as a Chief Financial Officer for a small private group.

David’s work with Plummer Youth Promise has allowed him to meld his lived experiences with his professional ones, lending his acumen in budgeting, human resources, and facilities planning. He presently serves on Plummer’s Personnel and Facilities Committees.

Mr. Guilbeault currently resides in Saratoga Springs, New York, retains his affection for his hometown Boston Bruins, and can often be found involved with his local parish and choir, scoping out the restaurant scene, or spending time with the people he loves.