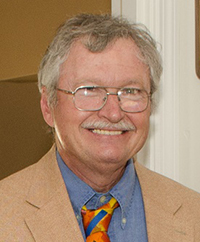 With an undergraduate degree from Colgate University and graduate degrees in both public and hospital administration from Cornell University, Bill Powers has worked for emotionally disturbed children and their families in positions of increasing responsibility for more than 35 years. As a “hands on” manager, Mr. Powers has served with distinction as Acting Director of Child Mental Health Services for the State of Delaware, Vice President for Programs at KidsPeace, Pennsylvania, and most recently Executive Director of Christie School, Marylhurst, Oregon. During the past eleven years, as CEO of Bonnie Brae, Bill Powers has introduced a strengths-based approach to treatment, doubled the number of young people served each year, pioneered “giving back” to the surrounding community as a cornerstone of the program, and opened both an aftercare program and two transitional community-based homes. Mr. Powers serves on the Board of the American Association of Children’s Residential Centers (ACRC) and has presented workshops at the local, state, and national levels. These workshops have focused on the modeling and results of innovative practices within a residential treatment setting. Mr. Powers has also written several articles for professional journals and has consulted with other non-profits.