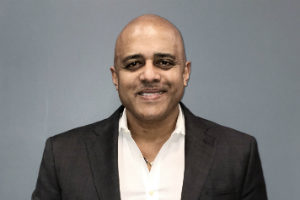 Dr. Kohomban is an author, sometimes an activist, and always a pragmatic leader. He has played a lead role in the family support and residential treatment reforms that are transforming children’s care. Dr. Kohomban is driven by the belief that every child, regardless of age, deserves a family, and he is outspoken in his recognition of the social justice antecedents that drive child welfare and juvenile justice. Under his leadership, The Children’s Village, the nation’s oldest and once the largest children’s residential treatment center, has been transformed into a national model for community-embedded family support. The Children’s Village is the Gold Prize winner of the New York Community Trust-New York Magazine’s Nonprofit Excellence Awards, the US Congressional Coalition Angels in Adoption award, the Child Welfare League of America Exemplary Innovative Leadership Award and the Alliance for Strong Families and Communities, Samuel Gerson Nordlinger Leadership Award.

Dr. Kohomban’s contributions are noted in the Congressional Record and successes recognized by many, including The New York Times, The Washington Post, Fox Business, and NPR. City Limits magazine identified him as a leader with a “clear vision for the future”; David Tobis, in his book, From Pariahs to Partners, How Parents and their Allies Changed New York City’s Child Welfare System, describes him as “one of the most parent-focused, reform-minded, and effective administrators in the field.”

Dr. Kohomban testified before the US Senate Finance Committee on the need for finance reform that supports children, families and communities and, in March of 2018, with the passage of the Family First Prevention Services Act (FFPSA), The Chronicle of Social Change noted that Dr. Kohomban was one of the most important off-the-Hill boosters of the FFPSA, described as the “biggest federal overhaul of foster care in decades.” He is chair of the Human Services Council of New York, the national co-chair of the Children Need Amazing Parents (CHAMPS) campaign, and a Trustee of Save the Children.

He is a graduate of Emporia State University, Kansas, and holds a Masters from Long Island University, New York, a PhD from the School for Business and Leadership at Regent University, Virginia, and a LittD (Honorary Doctor of Letters) from Mercy College, New York.