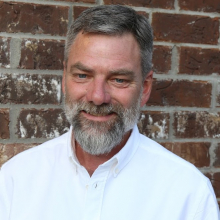 Michael Cull is the Associate Director at the Innovation for Population Health (IPH) for Workplace Health and Safety and an Associate Professor of Health Management and Policy in the University of Kentucky College of Public Health. Michael is clinically trained as a Child Adolescent Nurse Practitioner from Vanderbilt University. He also holds a Ph.D. from the Institute of Government from Tennessee State University. Michael has spent 20 years working at Vanderbilt in a variety of academic, clinical and leadership roles. He was Executive Director of the University’s Community Mental Health Center and the Director of Center of Excellence for Children in State Custody. In 2014, Michael was appointed to Deputy Commissioner role in the state of Tennessee’s Child Welfare System. After serving with the state, he spent a time at Chapin Hall at University of Chicago working as a policy fellow. His work in the IPH Center focuses on helping systems create safe cultures that support learning and improvement.