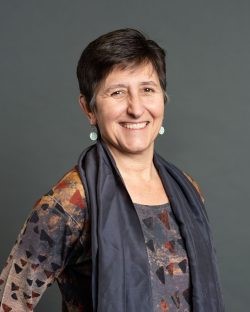 Nicole has a deep knowledge of child welfare, nonprofit management, and Plummer Youth Promise. Her work with Plummer spans almost two decades. She joined the Plummer board in 2002, becoming board chair in 2006 at a pivotal period during which the organization adopted a transformative strategy to develop effective practices to help teens in residential foster care connect with permanent families before leaving care as young adults.

In 2009, with the explicit goal of raising philanthropic support to fund these practices, Nicole left the Board to become Plummer’s first Director of Development. In 2013, having built a strong development operation, Nicole was able to focus more on long-term organizational strategy and became the organization’s first Director of Strategy and Advancement. In this role, Nicole led a rebranding process that shifted the organization from its original identity, an 18th century group residence for boys, to that of a visionary, multi-service child welfare organization setting a standard of practice for others in the field. She became Executive Director in 2020.

Throughout her career, Nicole has demonstrated an unwavering commitment to philanthropic organizations and the people they serve. She serves on the board of Root, NS, a culinary training program for high-risk youth and is a member of its Strategic Planning Committee. She chairs the Family Builders Network, a collaborative group of foster and adoption organizations committed to finding permanent families for all young people. In prior years she chaired the board of the Mental Health and Addiction Network, a national fundraising group. Earlier in her career, Nicole worked for the City of Boston’s Emergency Shelter Commission, served on the Board of Directors of Rosie’s Place, a shelter for homeless women and provided relief staffing in a home for previously homeless women struggling with mental illness.

For 17 years, Nicole practiced law. Spending most of those years working with the Washington, DC, firm of Harmon, Curran, Spielberg & Eisenberg, she specialized in tax-exempt organizations, representing clients and providing legal and strategic counsel to a wide range of national foundations, charitable and lobbying organizations, associations and political action committees. Nicole has a BA in Political Science from Wellesley College and earned her JD from Northeastern University School of Law.